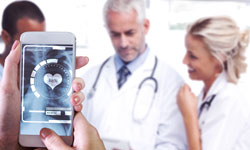 SUMMARY: This bill effectively revokes the guidance issued by the Health and Human Services (HHS) and Treasury departments on Oct. 24, 2018, that revised the criteria for Section 1332 waivers under the 2010 health care overhaul by prohibiting the two departments from taking any action to implement or enforce that guidance (under which short-term, limited-duration insurance could be offered that does not have to comply with ACA patient protection requirements, such as protections for individuals with preexisting conditions).

BACKGROUND: The Energy and Commerce Committee reported the bill by voice vote with dissenting views (H Rept 116-44, Pt. 1). The Ways and Means Committee did not act on the measure.

To help sustain the individual insurance markets and ensure that individuals don't buy insurance only when they get sick, the law also required most Americans to obtain and maintain health insurance or face a tax penalty (the individual mandate, which Congress effectively repealed in 2017 by setting the tax penalty at zero). And to help make insurance purchased on the state exchanges more affordable, it provides tax subsidies for the purchase of such policies.

Under Section 1332 of the ACA, states may apply for "innovation waivers" under which a state may be exempt from certain ACA requirements in order to experiment with health insurance "reforms" that could further improve the well-being and health of its residents.

Specifically, such waivers may be made with respect to ACA requirements related to qualified health plans, health insurance exchanges, premium tax credits, cost-sharing subsidies, and the individual and employer mandates — but only if the state's proposed changes will result in the same number or more individuals in the state having minimum essential coverage that is as comprehensive and affordable as ACA coverage, and only if the changes do not increase the federal deficit.

States can not, however, apply to waive major patient protection requirements under the ACA, including those involving preexisting conditions and other "community rating" standards that require insurers to offer health insurance policies within a given geographic area at the same price to all persons without regard to health status, medical claims, race, gender, or other such factors.

If a 1332 waiver is approved and it would result in lower costs to the federal government, the state may receive funding (so-called "pass-through" funding) equal to the amount of foregone federal financial aid that would have been provided to state residents pursuant to the waived ACA provisions. The waiver process is overseen by the Health and Human Services and Treasury departments.

The Trump administration on Oct. 24, 2018, issued new guidance on Section 1332 waivers that overrode guidance issued by the Obama administration in 2015 based on the 2010 law.

Among the changes, the new guidance provides for the approval of waivers if, under the proposed plan, the state's residents will have "access" to comprehensive and affordable health care coverage (although they don't necessarily have to be enrolled in plans offering such coverage), and it eliminates the requirement that waivers result in at least the same number of residents having coverage that qualifies as "minimum essential coverage."

Instead, at least the same number of residents must have either minimum essential coverage under the ACA or a broader category of "health insurance coverage" as defined under the Code of Federal Regulations — which also includes association health plans and short-term, limited-duration insurance. The guidance also allows for waivers under which states could use ACA tax credit subsidies for such short-term plans.

Short-term, limited duration insurance plans are outside the ACA and do not have to comply with the ACA's patient protection requirements. Consequently, insurers selling such plans may charge higher premiums based on health status or other factors, may exclude coverage for preexisting conditions and for other categories of benefits such as prescription drugs, and may impose annual or lifetime limits on benefits. (The Trump administration issued guidance in August 2018 that overturned a 2016 Obama administration rule that limited the duration of such plans to three months and instead allows plans to be effective for almost one year — with such coverage eligible to be extended for up to 3 years total.)

Supporters of the bill, primarily Democrats, say it is crucial to prevent the Trump administration from undermining the ACA's patient protections, in particular protections for people with preexisting medical conditions. Republicans claim they support protections for such individuals, but Democrats argue they continue to support and propose policies that would circumvent those protections — including by promoting short-term health insurance policies that are exempt from the ACA's patient protections — as the new Section 1332 guidance does. Promoting short-term plans that don't cover preexisting conditions or include other patient protections also weakens state ACA insurance exchanges by encouraging younger, healthier people to leave the ACA risk pool, which bill supporters say increases the cost of ACA-compliant health care insurance for those requiring more comprehensive coverage. Section 1332 of the ACA clearly directs states to maintain minimum benefits and comprehensive, affordable health care coverage for state residents; the administration's misguided guidance should be immediately revoked.

Opponents of the bill, primarily Republicans, say the administration's revised guidance will encourage more states to experiment with health insurance reforms and help make affordable health insurance available to more Americans. The original Section 1332 waiver process was far too cumbersome, they say, while the updated guidance loosens restrictions that limited state flexibility and consumer choice in health plans. Making a wider variety of insurance available to Americans will dramatically increase the number of Americans with health insurance, they say, as individuals are able to choose affordable policies that suit their needs. To date, the handful of states that have implemented changes under 1332 waivers have seen positive results; by making it easier for states to get waivers, the administration's guidance will expand that benefit. Republicans say they do support protections for persons with preexisting conditions, and that the bill will do little to actually protect such individuals. Democrats need to join Republicans in seeking solutions outside of the unworkable and unaffordable ACA framework.

The Congressional Budget Office (CBO) estimates that the bill would not have a significant effect on direct spending or revenues over the 2019-29 period. The measure could affect direct spending or revenues; therefore, pay-as-you-go procedures apply. The legislation contains no intergovernmental or private sector mandates as defined by the Unfunded Mandates Reform Act.

The House passed H.R.986 (230-183), which revokes the guidance issued by the Health and Human Services (HHS) and Treasury departments on Oct. 24, 2018, that revised the criteria for Section 1332 waivers under the 2010 health care overhaul by prohibiting the two departments from taking any action to implement or enforce that guidance (under which short-term, limited-duration insurance could be offered that does not have to comply with ACA patient protection requirements, such as protections for individuals with preexisting conditions).

Should the Senate also pass H.R.986, the Protecting Americans with Preexisting Conditions Act?